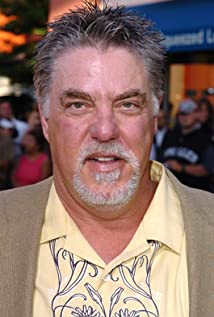 Bruce McGill grew up in San Antonio, Texas. His mother, Adriel Rose (Jacobs) is an artist, and his father, Woodrow Wilson McGill, is a real estate and insurance agent. He graduated from Douglas MacArthur High School San Antonio, where he acted in the department of theatre, and from The University of Texas at Austin with a degree in drama. His love for acting stems back to elementary school. He is related to former Texas State Senator A.R. Schwartz. McGill has starred in many films. His role as "D-Day" in National Lampoon's Animal House (1978), taken out of desperation as a young unemployed actor, ended up being his most well known. His long acting career also includes films, Wildcats, The Last Boy Scout, My Cousin Vinny, Cliffhanger, Timecop, The Legend of Bagger Vance, The Sum of All Fears, along with many others. McGill starred in many television roles, including portraying the Boston Police Homicide Detective Vince Korsak on the TNT television crime drama, Rizzoli & Isles. The character of Korsak is the mentor and friend of Detective Jane Rizzoli, portrayed by Angie Harmon. Director Michael Mann,considers McGill a favorite, having worked with him on The Insider, Ali and Collateral. He has also appeared in four HBO TV films, CIA Director George Tenet in Oliver Stone's film W and, also, Secretary of War Edwin M. Stanton in Steven Spielberg's Lincoln. McGill has been married to his wife Gloria since 1994.