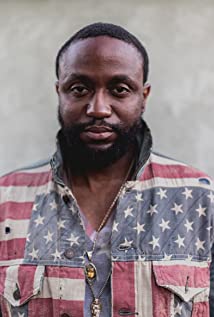 Described by LA Weekly as "A Comic Who's got Big Ideas and Big Plans to go Big Places," Byron Bowers is a stand-up comedian and actor that was named by LA Weekly as a "Comedy Act to Watch". He was also featured as a New Face at the prestigious Just for Laughs Comedy Festival.Byron recently made his CBS late night debut on The Late Show with Stephen Colbert. He also appears in much anticipated dramatic film Honey Boy which recently premiered in Sundance and was Bought by Amazon. He performed at the Famous Hollywood Bowl to 12,000 people next to Flying Lotus, Thundercat, and George Clinton as part of the sold-out Brainfeeder festival. He plays in the horror film KUSO which also premiered in Sundance IN 2018. His TV credits includes playing the character Meldrick in Showtime's hit show The CHI, season three of The Meltdown on Comedy Central, Funny as Hell in Montreal for HBO Canada and Vice Land TV. His festival performances this includes Oddball Comedy Fest, SXSW, Life is Beautiful, Austin City Limits, RIOT, SF Sketchfest and Blue Whale Comedy Festival.His other late night appearances includes The Pete Holmes Show, followed by Jimmy Kimmel Live as well as being featured on The Eric Andre Show on Adult Swim, Comedy Central's This is Not Happening as well as Adam Devine's House Party, the reboot of BET's Comic View and MTV's Guy Code and in the first ever comedy show on the History Channel called Crossroads of History.