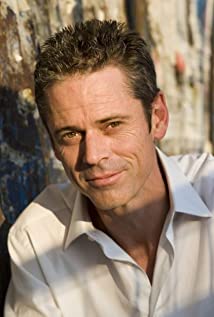 After an eye-catching performance in the teen coming-of-age epic The Outsiders (1983), ex-child rodeo star C. Thomas Howell was one a promising young actor in the mid-1980s.Christopher Thomas Howell was born in Los Angeles to Candice (Webb) and Chris Howell (a professional bull rider turned stuntman). He started working in the film industry at the age of seven. In 1981, he was cast as Tyler in Steven Spielberg's E.T. the Extra-Terrestrial (1982). Shortly thereafter, he nabbed the lead in Francis Ford Coppola's classic The Outsiders (1983). Earmarked as an up-and-coming actor, his career soon skyrocketed with roles in films including the comedy Grandview, U.S.A. (1984), alongside Jamie Lee Curtis, and the violent Cold War invasion drama Red Dawn (1984). His career was not helped by the controversial racial comedy Soul Man (1986), which was not well-received. However, he did meet and fall in love with his co-star from that movie, Rae Dawn Chong, whom he later married. He has notched up in excess of 90 feature film appearances. including starring roles in Side Out (1990), Gettysburg (1993), Baby Face Nelson (1996), Fatal Affair (1998), Asylum Days (2001) and Hoboken Hollow (2006).He played unpredictable Officer Bill "Dewey" Dudek in the TNT drama series Southland (2009) and as the sadistic serial killer "The Reaper" on CBS's [;ink=tt0452046]. More recent television appearances include The Glades (2010) (A&E) and Torchwood (2006) (Starz Channel). He appeared in The Amazing Spider-Man (2012) (Sony). A budding film director, he has directed a number of films, including The Big Fall (1997), Pure Danger (1996), The Land That Time Forgot (2009), and The Day the Earth Stopped (2008).Outside his acting career, Howell is an accomplished team roper. He lives with his wife Sylvie, and their three children (Isabelle, Dashiell and Liam).

Dauntless: The Battle of Midway

A Question of Faith