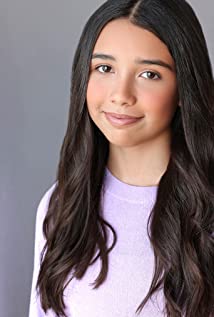 Los Angeles-based actress, Cali DiCapo, is a bright and bold leader who combines her passion for acting and social issues as Youth Representative of SAG-AFTRA's Looking Ahead program.Her recurring role on Jane the Virgin (CW, Netflix) as Young Jane has been featured in the Emmys. She also guest stars as Callie on Disney Channel's hit comedy series, Sydney to the Max, directed by Raven-Symoné. And with her lead role as Hailey on the dramatic Sci-fi short film Cera, she acts opposite Jason Isaacs. Cali also co-stars on CBS' Superior Donuts, voices the English version of multiple foreign shows on Netflix, and plays Kiley on ABC's General Hospital.When she's not acting or studying, Cali loves to work out -- boxing, roller skating, yoga and swimming. In her spare time, she also enjoys reading and drawing anime, volunteering, and hanging out with her family.

The Bonfire of Destiny