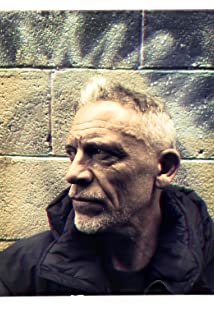 Callum Keith Rennie was born in Sunderland, England, and raised in Edmonton, Alberta. While attending college in Edmonton Callum was asked to join a radio show which featured actor/comedian Bruce McCulloch (who eventually went on to KIDS IN THE HALL fame). This experience inspired Callum to dig deeper in to the world of acting and led him to audition for the renowned Shaw Festival. Callum was chosen to join the company where he performed a multitude of roles during his time there... a precursor to his impressive range and style as an actor.Soon rumours of his talents moved through the Toronto film community but Callum choose to head west to Vancouver instead. It didn't take long for him to catch the attention of the film & television industry, which was exploding. After landing various parts in movies and TV series Callum's first leading film role was opposite Sandra Oh in the indie DOUBLE HAPPINESS. His performance activated the first of many nominations and awards to follow. Between his critically acclaimed performance as 'Billy Talent' in the iconic punk rock film HARD CORE LOGO that premiered at the Cannes Film Festival and his desirable charms working through the apocalyptic LAST NIGHT (once again opposite Sandra Oh), for which Callum won his first Genie for Best Performance by an Actor, Callum was now well on his way to an impressive career.A cascade of opportunities began to flow Callum's way, with a wide range of extraordinary film makers inviting this dynamic talent to join their projects such as David Cronenberg: eXistenZ (1999), Christopher Nolan : Memento (2000), John Woo: Paycheck, Chris Carter: X-Files and David Goyer: Blade Trinity and The Invisible.Callum's creative senses continued to be attracted by nature to many starring roles in independent film projects like FLOWER & GARNET, FALLING ANGELS, SNOW CAKE, NORMAL and GOON: LAST OF THE ENFORCERS. Also the 3D feature film adaptation of THE YOUNG AND PRODIGIOUS T.S. SPIVET opposite Helena Bottom-Carter for Oscar nominated director Jean-Pierre Jeunet, INTO THE FOREST opposite Ellen Page & Evan Rachel Wood, and BORN TO BE BLUE opposite Ethan Hawke.Throughout his career Callum has starred in many impressive television projects as well...starting early as the Mountie sidekick on CBS's DUE SOUTH, then the hit SyFy series BATTLESTAR GALACTICA in which he played infamous Cylon 'Leobon', and his turn as legendary rocker 'Lew Ashby' in Showtime's CALIFORNICATION alongside David Duchovny. Callum was the fractured star of SHATTERED for eOne Entertainment, and carried his investigative skills over to the NBC series THE FIRM based on the bestselling John Grisham novel. Callum covertly joined the cast of the Amazon hit series THE MAN IN THE HIGH CASTLE in their season two and experimented on the second season of MARVEL'S JESSICA JONES for Netflix.Callum next reprises his role in the much anticipated second season of Doug Liman's YouTube Red series IMPULSE.

Born to Be Blue