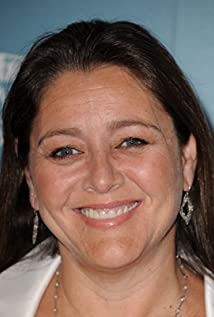 Camryn grew up in Peoria, Illinois before moving to Long Beach California for middle school. She went on to receive a B.F.A. from U.C. Santa Cruz and then went on to earn a M.F.A from New York University in 1987. Her mother, Sylvia (Nuchow), was a schoolteacher, and her father, Jerry, was a math professor.She developed an interest in acting at an early age. While studying at New York University, Camryn learned sign language and worked as an interpreter and job coach while pursuing her acting career. In her early years in New York City she met and worked with Tony Kushner, Michael Mayer, and long list of theater luminaries. Her first play in New York was Hydriotaphia, written and directed by Tony Kushner. She went on to work at such renowned theaters as The New York Shakespeare Festival, Lincoln Center, Yale Repertory, New York Theater Workshop, The Atlantic Theater, Classic Stage Company, & Second Stage.In 1994 she won an OBIE Award for her portrayal of Gemma in Craig Lucas' Missing Persons, directed by Michael Mayer. In 1995 she wrote and starred in her one-woman show, Wake Up, I'm Fat!, which played to sold out audiences at The Public Theater. She played the "Nurse" in Romeo and Juliet, directed by Michael Greif at the New York Shakespeare Festival and just completed a spectacular run of the Tony nominated rock musical, Spring Awakening on Broadway.Manheim spent eight years playing defense attorney "Ellenor Frutt" on the Emmy Award winning drama, The Practice. Her portrayal of the feisty attorney garnered her an Emmy Award and a Golden Globe Award for Outstanding Supporting Actress in a Drama Series, Manheim was nominated once again for an Emmy and Golden Globe for her portrayal of "Gladys Presley" in the CBS miniseries Elvis.In 1999 Manheim fulfilled a lifelong dream and became a New York Times best-selling author when her book Wake Up, I'm Fat! was published by Broadway Books. Camryn teaches and lectures all over the United States and abroad.