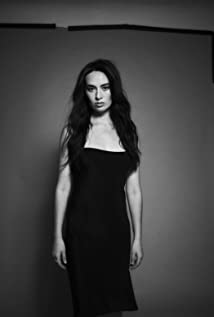 Cara Gee is a Canadian film, television, and stage actress.Gee was primarily known as a stage actress in Toronto, Ontario, where her acting credits included productions of Margaret Atwood's The Penelopiad, Daniel MacIvor's Arigato, Tokyo, Tomson Highway's The Rez Sisters, Cliff Cardinal's Stitch, Birdtown and Swanville's 36 Little Plays About Hopeless Girls and Louise Dupré's Tout Comme Elle.She made her feature film debut in Empire of Dirt for which she was nominated for a Canadian Screen Award. The film also won a Special Jury award at the 2013 Toronto International Film Festival and Cara won Best Actress at the American Indian Film Festival. In 2013, Gee was named one of TIFF's annual Rising Stars.Gee has also worked in television, playing guest roles in the television series King and Republic of Doyle. In 2014, she starred as the lead character in the Western drama series Strange Empire on CBC Television, for one season until it was cancelled in 2015.As of 2016, Gee stars in the 33-episode web series Inhuman Condition, which airs on the KindaTV YouTube channel. In 2017 she began to star in the recurring role of Camina Drummer on the Amazon television series The Expanse.Gee is Ojibway. She was born in Calgary, Alberta, and raised in Bobcaygeon, Ontario.

We Forgot to Break Up