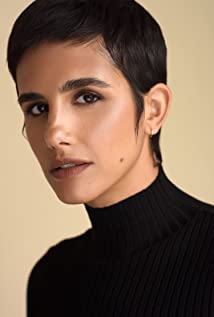 Carlena Britch is an actress, director, writer, professional dancer and movement coach who continues to break barriers and standards in all parts of the entertainment industry. Being raised in Vancouver, BC Canada, Carlena found artistry at a young age and has used her unique life experiences to make her one of a kind mark on Hollywood.Carlena first emerged onto the professional dance scene as a Top 7 finalist on Fox's 'So You Think You Can Dance'. She then began appearing in music videos, awards shows, feature films, and world tours with artists like Prince, Justin Bieber, Britney Spears, Usher and many more. Carlena smoothly transitioned to choreography, movement coaching and directing, giving her artistic guidance and exclusive visuals to artists like Tori Kelly, Leann Rimes, Brassroots District, and national commercials like Axe and Covergirl.Now, Carlena has found herself at home as an actress working in film, television and commercials. She can be spotted on the television shows 'Supernatural', 'The X-Files', 'Charmed', 'iZombie' and Jordan Peele's 'The Twilight Zone'. Carlena's feature film credits include Netflix's 'Opening Night', Disney's 'Camp Rock 2', 'Stillwater', and Lifetime's 'You Killed My Mother'.Always one step ahead in her career, Carlena is now looking back to her upbringing for inspiration while developing a dramatic comedy series based on her life. While in the process of this show, Carlena continues to look for new ways to tell her narrative through edgy, entertainment mediums.