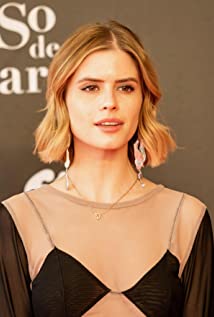 Carlson Elizabeth Young is an American actress and filmmaker. She was born in Fort Worth, Texas, to Susan Young and Marshall Young, a geologist. She attended the University of Southern California, where she studied Creative Writing, before leaving to film the first season of Scream: The TV Series (2015). Most recently, she wrote, directed, and starred in The Blazing World (2018), a short film premiering at the 2018 Sundance Film Festival.