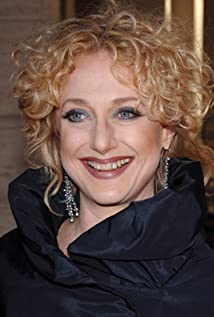 American stage, screen and television actress, and comedian Carol Kane (b. Carolyn Laurie Kane, June 18, 1952, in Cleveland, Ohio), was born to Elaine Joy (née Fetterman), a jazz singer and pianist, and Michael Myron Kane, an architect. Her family is Jewish (from Russia, Poland, and Austria). Due to her parents' divorce, Carol spent most of her childhood in boarding schools until 1965. She also attended Professional Children's School in Upper West Side New York, and made her professional theater debut in a 1966 production of The Prime of Miss Jean Brodie (1969) starring Tammy Grimes. Kane, just 14 years old.At 20 years old, Kane landed the lead role in William Fruets World War II film, Wedding in White (1972). Kane starred as Jeannie Dougall, a teenager whom after is raped is left with a moral dilemma when she discovers that the incident has left her pregnant. The actress received a surprise Academy Award nomination for her performance in the 1974 independent film, Hester Street (1975); Times of Israel describes Kane's character, Gitl, as "a straight-from-the-shtetl immigrant who, with her young son, joins her husband (Steven Keats) who is already halfway assimilated in New York's Lower East Side; the push and the pull between tradition and change drive the story to its bittersweet conclusion."The following decade, from 1980-1983, she appeared on the television series Taxi (1978). Kane portrayed Simka Dahblitz-Gravas, wife of Latka Gravas (Andy Kaufman). She received two Emmy Awards, and a Golden Globe nomination for her work in the series. Over the years, Kane racked up tons of credits from Taxi and The Princess Bride (1987), to Scrooged (1988), and more recently, the Netflix series Unbreakable Kimmy Schmidt (2015); the actress is making audiences laugh by playing Lillian Kaushtupper, in a recent interview, Kane described Lillian as "a hardworking landlady in Harlem who is very attached to the life in New York as she's known it."