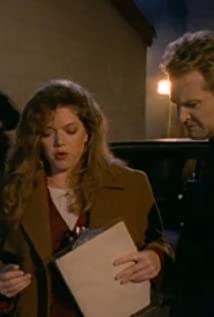 Born in England and raised in Montreal, Catherine Disher attended Phillips Exeter Academy in New Hampshire and McGill University in Montreal ( as an English Literature Major ) before being accepted by and graduating from one of the most prestigious theatre schools in North America- The National Theatre School of Canada. Ms Disher is best known for her varied work in series television for which she has received seven Gemini Award nominations, the first being for her role in "Grand Larceny". She was nominated twice for her role as Natalie Lambert in the cult vampire series "Forever Knight". She won the Gemini for best actress in 2004 for her portrayal of volatile federal cabinet minister Audrey Flankman in the CBC series "Snakes and Ladders" and won another Gemini in 2010 for best supporting actress for her role as Superintendent Maggie Norton in the CBC drama series "The Border". She was nominated three times for the "Border"- one nomination for each season of the show.Ms. Disher has also appeared in many television movies in roles as diverse as showgirl Dulcie Dobbs in the period heist "Grand Larceny", Betty Fox in "The Terry Fox Story" and Chief Catherine Novak in the recent, highly rated Lifetime movie "An Officer And A Murderer". Ms Disher has been honored to portray busybody Martha Tinsdale, the doyenne of Middleton society, in the popular Hallmark series of "Good Witch" movies.Ms. Disher is also an accomplished voice performer appearing in countless radio dramas, video games ( such as Resident Evil as Jill Valentine ) and cartoons such as X-Men ( as Jean Grey ), Sailor Moon, Care bears, Atomic Betty, Franklin, Babar and as Mom in the Emmy winning Rolie Polie Olie.

An Officer and a Murderer