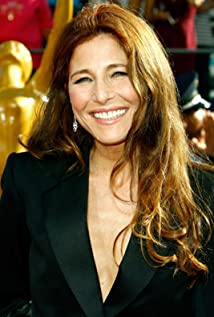 Catherine Keener is an American actress, Oscar-nominated for her roles in the independent films Being John Malkovich (1999) and Capote (2005). Acclaimed in her community for her quirky roles in independent film and mainstream such as The 40-Year-Old Virgin (2005), Keener got her start as a casting director in New York City.Catherine Ann Keener was born in Miami, Florida, and was raised in Hialeah, FL. She is the daughter of Evelyn (Jamiel) and James Keener, who owned an auto shop. She is of Lebanese (mother) and English, Scottish, and German (father) descent. Keener attended Wheaton College in Massachusetts. She began taking acting classes when she was unable to sign up for a photography class. After graduating, Keener managed a McDonalds in New York City before becoming an assistant casting director and soon relocating to Los Angeles.Not long after, Keener told her superior of her aspirations for acting and she landed a one-worded role as a waitress in About Last Night (1986). Two years later, she landed a role in a film called Survival Quest (1988), where she met her future husband, Dermot Mulroney. After struggling for years in the industry, Keener landed a role in an independent film, opposite the unknown Brad Pitt, in Johnny Suede (1991). Her ascent in independent film began as she starred in Living in Oblivion (1995) and Walking and Talking (1996) before her mainstream break with Being John Malkovich (1999) in 1999, which earned Keener her first Oscar nomination. Since then, Catherine Keener has starred in several critically acclaimed films.

Show Me a Hero