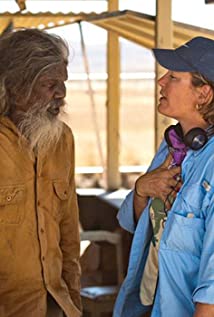 Catriona McKenzie is a critically-acclaimed, award-winning Indigenous Australian director and writer of both Film and Television.Raised in Sydney, McKenzie studied screenwriting and directing at the Australian Film, Television and Radio School (AFTRS) and NYU's Tisch School of the Arts. McKenzie's film, 'Satellite Boy,' which she wrote, directed and produced, won multiple awards at prestigious festivals including the Berlinale, and was nominated for the Australian Academy of Cinema and Television Award (AACTA) for Best Film. McKenzie received her second AACTA nomination for her series 'Kiki and Kitty.'Equally adept at drama and comedy, McKenzie has shot pilots for Australia's ABC and SBS networks and has directed episodes for Hulu, Netflix, NBC, Freeform and all of Australia's major broadcasters throughout her prolific career.A member of both the Directors Guild of America and the Australian Directors Guild, McKenzie is a recipient of the ADG/DGA Finders Series Award.Dedicated to developing emerging filmmakers, McKenzie has mentored in various film education initiatives including the Sundance Native Lab.Before her career in Entertainment, McKenzie played rugby, swam for Australia, started a circus and sought out her birth parents in the midst of her pursuit of a Ph.D. McKenzie credits her upbringing and wide-ranging life experience with developing her keen eye for people and their stories. When McKenzie is not directing, writing, or producing, she enjoys spending time with her son, beekeeping, and restoring classic cars.

The Republic of Sarah

The Gods of Wheat Street