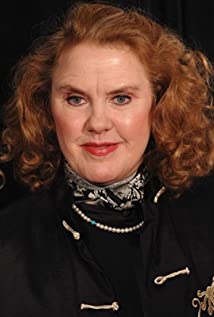 Direct from Spartanburg, South Carolina, this tall, blonde actress may not exude shimmering star potential, but she certainly has earned the respect of stage and film audiences alike for her many touching portrayals of matter-of-fact, down-to-earth Southern folk. For someone who first attracted attention as a hash-slinging replacement for Diane Ladd (herself a replacement for the ever-popular Polly Holliday) in the final, languishing years of the popular CBS sitcom Alice (1976), Celia Weston certainly has evolved into one of the more sought-after character performers of "Deep South" film drama.Born December 14, 1951, and raised in South Carolina, Celia, along with her sister, enjoyed creating their own little world of characters, acting out small skits and later began appearing in local plays. She did not, however, meet the unanimous encouragement of her family when the one-time art and psychology major at Salem College in Winston-Salem, North Carolina, decided to do an abrupt about-face and study acting. She earned an Artist Diploma in Drama at the North Carolina School of the Arts before moving to London to continue her training. More than determined, she eventually returned to the States in 1977 and studied with Uta Hagen and Herbert Berghof while slinging hash herself in New York City. In between, there was sporadic regional and off-off-Broadway work along with summer stock. At age 28, Celia made a big leap with her Broadway debut in "Loose Ends" (1979) starring Kevin Kline. Following her prime theater role in Edward Albee's "The Lady from Dubuque" in 1980 and a small part in Clint Eastwood's film Honky Tonk Freeway (1981), Hollywood showed her the money when she became the new Southern-fried waitress in town alongside Linda Lavin and Beth Howland on the "Alice" series.Her character of Jolene was given rather short shrift during the four seasons (1981-1985) she appeared. Although Celia valiantly tried the invest the role with some sass, she was the newcomer and was too often overshadowed by the other two. Following the show's demise, she had a number of lean years before her luck changed again. In 1988, she was handed a couple of featured roles in the movies Stars and Bars (1988) and A New Life (1988). Her penchant for toned-down, unaffected realism was not overlooked. While interspersing theater roles with the sudden upswing of film parts now coming her way, she finally came into her own in both venues in the mid-to-late 1990s. After earning critical applause for her brittle dramatic turn as the backwoods mother of a murdered child in Dead Man Walking (1995), she went on to win an Outer Critics Award and Tony nomination for her Southern matron in Broadway's acclaimed "The Last Night of Ballyhoo" (1997).Preferring art-house obscurity to mainstream popularity, Celia has stayed true for the most part with classier, character-driven drama and it has paid off in career dividends. An always interesting presence, her gals can tangle and backbite with the best of them or show true grit and/or extreme emotional fragility at times of unbearable sorrow. Celia has also played a variety of dialects over the years. A gregarious and eccentric turn as a possible mother to a searching Ben Stiller in the wonderful Flirting with Disaster (1996) led to her Civil War wife in Ride with the Devil (1999); her grieving, prejudicial Teutonic mother in Snow Falling on Cedars (1999); the part of Cate Blanchett's haughty aunt in The Talented Mr. Ripley (1999); and the Southern belle-like mental patient in K-Pax (2001). In addition, her Southern roots have complimented such Tennessee Williams' plays as "Summer and Smoke" and "Suddenly Last Summer" on Broadway.Into the millennium, Celia is still going strong. She has been a vibrant presence in such ensemble films as In the Bedroom (2001), Far from Heaven (2002) and The Village (2004). In 2005, she received one of her best roles in years as the dressed-down Southern matriarch in the obscure independent film Junebug (2005), which premiered at the Sundance Film Festival.More recent films include matronly parts in Joshua (2007), The Invasion (2007), The Box (2009), Knight and Day (2010), Goodbye to All That (2014), In the Radiant City (2016), Poms (2019) and Adam (2020). She has essayed just as many parts on both dramatic and comedic series TV, including regular/recurring roles on Our Willie (1913), Memphis Beat (2010), American Horror Story (2011), Modern Family (2009) and Hunters (2020).

In the Radiant City

Goodbye to All That