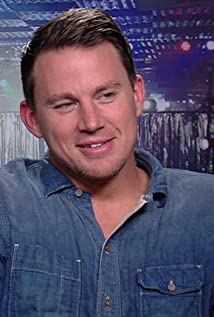 Channing Tatum was born in a small town, Cullman, Alabama, 50 miles north of Birmingham. He is the son of Kay (Faust), an airline worker, and Glenn Matthew Tatum, who worked in construction. Growing up, he was full of energy and somewhat troublesome, so his parents decided to enroll him in different sports such as track and field, baseball, soccer, and football to keep him out of trouble. In the ninth grade he was sent to Catholic school. It was there that he discovered his passion for football and his hopes became centered on earning an athletic college scholarship. Channing's goal was finally met, and in his senior year in high school, he was recruited and earned a full athletic college scholarship to a school in West Virginia.Tatum is also skilled in Kung Fu and in Gor-Chor Kung Fu, a form of martial arts, in which he has earned belts. Channing later left college and, in the meantime, worked as a construction worker, a stripper, a mortgage broker and salesman. He has modeled for Abercrombie & Fitch, Nautica, Gap, Aeropostale, Emporio Armani, and has been featured in television commercials for American Eagle, Pepsi, and some very popular Mountain Dew commercials.Channing can be seen on the big screen as a featured actor in Coach Carter (2005), in which he plays a high school basketball player. He was also in the very popular TV series CSI: Miami (2002) where he played the role of Bob Davenport.