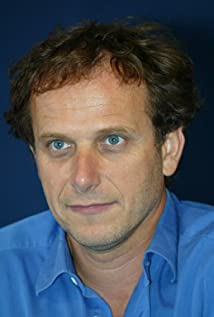 Charles Berling was born on the 30th of April 1958, in Saint-Mandé in Val de Marne, France. His father was a doctor in Toulon and his mother was an English teacher. At the age of 15, he began theater at school with his brother. His interest in acting grew thanks to his love in literature for authors such as Baudelaire and Céline. Later, he studied acting in Insas in Brussels, Belgium. This was when he decided to have a long career in acting. At this point, he began playing in several plays, such as "L'école des femmes" by Molière or "Le Parc" by Botho Strauss. Soon afterward, Jean-Louis Martinelli, director of the national theater of Strasbourg, hired him. Charles spent several years with him. There, he played numerous plays as well, one of which is "Roberto Zucco" by Bernard-Marie Koltès. In what concerns movies, his career began only later in the nineties. It began with small roles, like Desire (1992) or Just Friends (1993). However, the year where his career really took off was in 1996, with his movie Ridicule (1996), in which he plays a nobleman trying to survive in the royal court of Louis XVI. As time passed by, his success grew, and people began to recognize his true talent. In 1998, he was nominated with a César for Best Actor for his performance in L'ennui (1998). A couple of years later, in 2000, his movie Stardom (2000) was presented in the Festival of Cannes.

Who You Think I Am