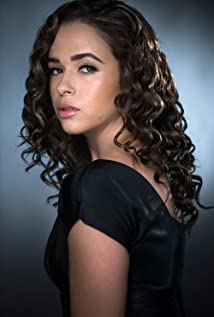 Charlotte Benesch first fell in love with the performing arts at age five when she started piano lessons in Tunisia. Born and raised with a French mother in a U.S. Foreign Service family, Charlotte grew up on five different continents. Thus, from her earliest years, she understood what it meant to be a global citizen. Incorporating exotic instrumentation, rhythm, and languages into her music, Charlotte has created a unique niche for herself in the genre of World Music/Jazz/Pop.While attending the British Academy of Performing Arts, Charlotte performed with lead roles in various musicals, including Epiphany, Quilt, and Children of Eden at the Source Theater in Washington D.C. She recorded the hit song "Quem Sabe um Dia" at the age of 16. "Quem Sabe um Dia" was featured as a reoccurring song on the hit television show, Malhação, on the O Globo Network, the largest network in Brazil. The single aired on Rio de Janeiro Top 40 radio stations and was placed on the "Malhação Nacional" album on sale in Brazil and Europe. She immersed herself in music lessons, studying classical voice with respected Vera of Canto e Mello and classical guitar throughout her teenage years. Charlotte portrayed the role of "Veronica" in the nationally publicized and televised O Globo musical production of the Easter passion play. Her solo performance received accolades from the live audience at the play's taping. She also performed the U.S. National Anthem and holiday material at numerous events including: Brazilian West Point Ceremony, diplomatic functions, the Christmas reception for the Queen of Norway, and the São Paulo Jazz Festival. In She was a featured singer and dancer for the winning Beija Flor Samba School at the Rio Carnival. Upon her high school graduation from the prestigious American School of Rio de Janeiro, Charlotte was awarded the Sarah Vaughn award for excellence in music.As a young artist, she received her education at the Berklee College of Music as a Voice Performance major, winning the school's top talent-based scholarship.

Buried in the Backyard

How I Met Your Mother