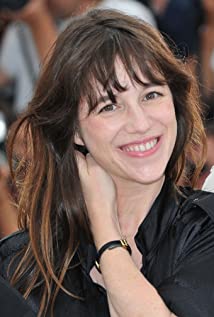 Charlotte Gainsbourg was born in London, England in 1971. She is an Anglo-French actress and singer. The daughter of English actress Jane Birkin and French singer and songwriter Serge Gainsbourg, she was raised in Paris. Gainsbourg made her motion picture debut in 1984. In 1986, Gainsbourg won a César Award for "Most Promising Actress", and, in 2000, she won "Best Supporting Actress" for the film La Bûche. In 1993, Gainsbourg made her English speaking debut in The Cement Garden, written and directed by her uncle, Andrew Birkin. She made her stage debut in 1994 in David Mamet's Oleanna at the Théâtre de la Gaîté-Montparnasse. In 1996, Gainsbourg starred as the title character in Jane Eyre, a film adaption of Charlotte Brontë's 1847 novel. In 2006, Gainsbourg appeared alongside Gael García Bernal in Michel Gondry's The Science of Sleep. In 2007, she appeared as Claire in the Todd Haynes-directed Bob Dylan biopic I'm Not There, also contributing a cover of the Dylan song "Just Like a Woman" to the film soundtrack. In 2009, she won the award for Best Actress at the 2009 Cannes Film Festival for the film Antichrist. Gainsbourg starred in the French/Australian production, The Tree, released in 2010, and in Lars Von Trier's science fiction disaster film, Melancholia.

Every Thing Will Be Fine