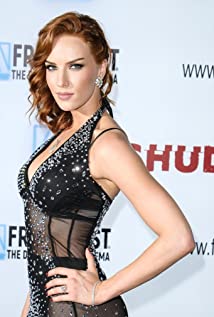 Charlotte Kirk was born in Kent, England. Her passion for acting began at the age of 11 when she saw Gone with the Wind for the first time and fell in love with both the stage and screen alike. Taking her first steps in theatre, she performed in Greek tragedies 'Agamemnon' and 'Arturo Ui', along with plays such as 'A Christmas Carol', 'Oliver Twist', and 'Hairspray'. Having attended the prestigious Italia Conti School of Acting in London, her skills were further refined working with Jigsaw Performing Arts in the UK and Susan Batson and Lee Strasberg in New York City.In early 2015, Charlotte landed a starring role in 'Vice', (Lionsgate 2016) a sci-fi thriller, opposite Bruce Willis and Thomas Jane. Charlotte has completed seven feature films since, including the female lead opposite Stephen Baldwin in film-noir comedy 'No Panic with a Hint of Hysteria' (Dir. Tomasz Szafranski), the female lead in psychological drama 'The Depths' (award winner at 7 film festivals), alongside appearances in 'How To Be Single' (Warner Bros 2017) and 'Ocean's 8' (Dir. Gary Ross, Warner Bros. 2018) opposite Sandra Bullock.Charlotte has just completed filming on the controversial conspiracy drama 'Nicole and O.J.' (Dir. Joshua Newton) in which she plays the title role of Nicole Brown Simpson, due for release in 2019.Charlotte also enjoys singing and has released two music videos 'Eyes in Love' and 'I Get the Feeling Again', and performed the end title track for 'No Panic with a Hint of Hysteria'.Charlotte resides in Los Angeles.

No Panic, With a Hint of Hysteria