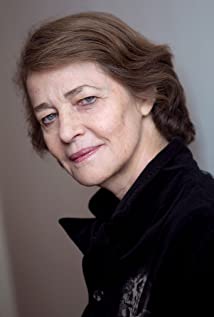 Tessa Charlotte Rampling was born 5 February 1946 in Sturmer, England, to Isabel Anne (Gurteen), a painter, and Godfrey Lionel Rampling, an Olympic gold medalist, army officer, and colonel, who became a NATO commander. She was educated at Jeanne d'Arc Académie pour Jeunes Filles in Versailles, France and at the exclusive St. Hilda's school in Bushey, England. She was a model before entering films in Richard Lester's The Knack... and How to Get It (1965), followed by roles in Georgy Girl (1966) and Luchino Visconti's The Damned (1969). Rampling is best known for her role in Liliana Cavani's The Night Porter (1974), where she played a concentration camp survivor who is reunited with the Nazi guard (Dirk Bogarde) who tortured her throughout her captivity. In 1974, she co-starred with Sean Connery in John Boorman's science fiction adventure Zardoz (1974), with Robert Mitchum in Farewell, My Lovely (1975), with Woody Allen in his Stardust Memories (1980), and with Paul Newman in Sidney Lumet's The Verdict (1982). An actress always willing to take on bold and meaningful roles, Rampling had perhaps the most off-beat one in Nagisa Ôshima's 1986 comedy Max mon amour (1986) as Margaret, a woman in love with a chimpanzee. She has also voiced video games, such as The Ring.

Waiting for the Miracle to Come

The Sense of an Ending