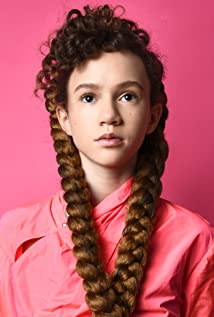 CHLOE COLEMAN is a young American actress born in Los Angeles, California who by the age of 10 has already worked opposite some of the biggest names in Hollywood. Of African, Eastern European and English descent, the in-demand actress leaps off screen and in 2019, Chloe earned a spot on The Hollywood Reporter's Young Hollywood List as a child performer headed for big-screen stardom.Chloe brings to her grounded performances an inexhaustible athletic ability, contagiously good spirits, and a keenly perceptive mind for her age. The New York Times has called Chloe a 'spiritual relative of Tatum O'Neal' and cited, "how effective Coleman is at punching above her weight-class." The actress is first known for her portrayal of 'Skye Carlson' in HBO's Emmy Award winning drama series BIG LITTLE LIES directed by Jean-Marc Vallee and Andrea Arnold; but perhaps best known for Amazon's Original Movie MY SPY, directed by Peter Segal, in which Chloe leads alongside Dave Bautista. In MY SPY, Chloe portrays the Gen Z-esque, bright and manipulative 'Sophie Vale,' a 9-year-old elementary schooler who blackmails JJ (Bautista) into training her to be a spy. Variety ranked MY SPY the #3 spot in U.S. Top 30 Most-Watched SVOD Released Movies In 2020, only behind HAMILTON and BORAT 2. MY SPY 2 is in development with STX and Amazon Studios. Chloe first began acting at 5 years old when cast as a ballerina on GLEE. She fell in love with the profession after profound experiences on BIG LITTLE LIES gave her a front row seat to observe and work with some of the greatest actresses in the world (Kidman, Streep, Witherspoon, Dern, Kravitz). Chloe starred opposite additional female A-Listers Gillan, Yeoh, Bassett, Headey & Gugino in GUNPOWDER MILKSHAKE, written & directed by Navot Papushado for Studio Canal. In GUNPOWDER MILKSHAKE Chloe's character 'Emily' represents the 3rd generation of assassins caught in a never-ending cycle of violence when Sam (Gillan) must choose between serving The Firm and protecting Emily's life. Chloe shares on this experience, "I respect and learn from such strong role-models more than they'll ever know. I see how passionately they stand for what they believe in, while acting & but also in real life. They've made a huge impression on me. So far, story-telling and the film families involved have given me the best experiences of my life."Chloe's additional upcoming projects are Universal's star-studded rom-com MARRY ME, with powerhouse Jennifer Lopez and Owen Wilson, directed by Kat Coiro; James Cameron's highly anticipated AVATAR 2; and Sony Pictures' sci-fi thriller 65 starring Adam Driver, which was written and directed by A QUIET PLACE writers Scott Beck & Bryan Woods, with Sam Raimi & Zainab Azizi producing. Most recently, Chloe was offered a highly coveted role in Paramount/eOne's untitled film adaptation of DUNGEONS & DRAGONS alongside Chris Pine, Michele Rodriguez, and Hugh Grant, which is filming in Ireland with directors Jonathan Goldstein & John Francis Daley of GAME NIGHT. Some of Chloe's additional credits include the first-ever Disney movie selected to screen at Sundance, Tom McCarthy's TIMMY FAILURE: MISTAKES WERE MADE for Disney +; and Greg Daniels' sci-fi comedy series UPLOAD, exclusively on Amazon Prime, which recently completed production on Season 2. SPOTLIGHT and STILLWATER director Tom McCarthy says in a 2020 Forbes interview, "Keep your eye on Chloe Coleman, that young girl is going to have a career. She is a real deal actress and working with her was like 'whoa' every time we finished something. I was like 'wow that girl can act.'"Chloe is the eldest daughter to Stephen A. Coleman, an Emmy nominated camera-operator from Norristown, Pennsylvania and Allison Coleman, a 4-time Emmy winning television producer, and proud member of the Director's Guild of America and Academy of Television Arts & Sciences. Chloe grew up on TV & film sets and lives by a team mindset with high levels of respect for the process and people involved. Chloe has a little sister Mia Coleman who is also an actress and member of SAG/AFTRA.When not working, Chloe attends a regular school and maintains honor roll status. In her spare time, Chloe intensely enjoys drawing, writing stories, creating animation characters, playing games with friends, and singing on the piano or ukulele. Her key sports are swimming, dance, and riding horses.@ChloeColemanAct on Instagram, TikTok, Facebook & Twitter

Timmy Failure: Mistakes Were Made