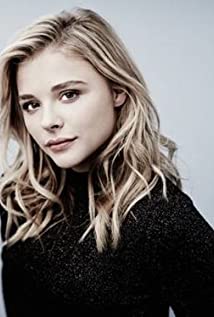 Chloë Grace Moretz was born in Atlanta, Georgia, to Teri (Duke), a nurse, and McCoy Lee Moretz, a plastic surgeon. She has four brothers, all older, including actor Trevor Duke-Moretz. Her ancestry is mostly German and English.A talented and versatile actress, Chloë Grace Moretz has built an impressive body of work across genres in both independent and studio films. Chloë's first two appearances were as Violet in two episodes of the series The Guardian (2001). Her first movie role was as Molly in Heart of the Beholder (2005), a story about a family that opened the first video rental store in 1980. This was followed by a small role in Family Plan (2005) as Young Charlie. After that, however, came Chloë's biggest role, and the one that made her famous: The Amityville Horror (2005), the remake of the famous The Amityville Horror (1979).Moretz can currently be seen in Amazon's sci-fi thriller series The Peripheral (2022). Moretz stars as 'Flynne Fisher' in the series, which is set in the future and explores an alternate reality where technology has altered society as we know it today. Amazon released the series on October 21, 2022.Most recently, Moretz starred in the Miramax and 6th & Idaho sci-fi thriller Mother/Android (2021). Moretz plays 'Georgia,' and the film, set in the near future, follows her and her boyfriend through their treacherous journey of escape as their country is caught in a war with artificial intelligence. The film, produced by Matt Reeves and directed by Mattson Tomlinson, premiered on Hulu in December 2021.Moretz served as an executive producer on Snapchat's Discover series COMING OUT, which premiered on July 25, 2021 and released one episode per week through August 29, 2021. The series stars Manny Mua and follows six young people as they gather courage and support to come out to their family and peers for the first time.Previously, Moretz starred in Roseanne Liang's Shadow in the Cloud (2020). The film made its World Premiere at the 2020 Toronto International Film Festival, where it won the festival's annual Midnight Madness Award. The film follows a World War II female pilot transporting a confidential package while dealing with an oncoming Japanese ambush and an evil prowling within. The film was later acquired by Vertical Entertainment and Redbox Entertainment, making it the first ever drive-in theater movie acquisitionIn 2019, Moretz voiced the infamous role of'Wednesday Addams' in MGM's animated version of The Addams Family (2019), which was met with rave reviews and was greenlit for a sequel almost instantly. Additionally, in March 2019, Moretz starred in Focus Features' Greta (2018) opposite Isabelle Huppert, directed by Neil Jordan.Prior, she starred in The Miseducation of Cameron Post (2018), which opened to rave reviews and won the Grand Jury Prize at the 2018 Sundance Film Festival. Later that year, Moretz starred in Luca Guadagnino's Suspiria (2018), which premiered at the 2018 Venice Film Festival and went on to win the Robert Altman Award at the 2019 Film Independent Spirit Awards.In 2010, Moretz appeared in the breakout role of 'Hit-Girl' in Matthew Vaughn's cult-classic, KICK-ASS. Following, she starred in Matt Reeves' remake of Let Me In (2010), which landed her on TIME Magazine's prestigious Top 10 Performances of the Year list, as well as the New York Times' Best Performances of 2010 list.Additional film credits include Martin Scorsese's Academy Award-winning Hugo (2011), Warner Bros.' live action film Hugo (2011), If I Stay (2014), Dark Shadows (2012), Carrie (2013), The 5th Wave (2016),500 Days of Summer (2009), The Equalizer (2014) and Bolt (2008).Moretz currently resides in Los Angeles, California.

Shadow in the Cloud