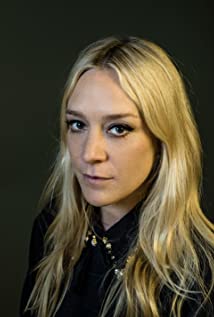 Chloë Sevigny is an Academy Award-nominated and Golden Globe-winning actress and director who is known for her groundbreaking work across film, television and theatre. Sevigny has spent her career working with innovative and revolutionary filmmakers and artists including Lars von Trier, Jim Jarmusch, Mary Harron, David Fincher and Whit Stillman and Luca Guadagnino. She continues that work with several upcoming projects: Sevigny can be currently seen in We Are Who We Are, for HBO/Sky, which was created, written and directed by Luca Guadagnino (Call Me By Your Name). The eight-episode drama is a coming of age story about a group of American soldiers on an Army base in Italy. We Are Who We Are is being produced by Wildside and Apartment Pictures and distributed by Freemantle. Alice Braga, Jack Dylan Grazer, and Kid Cudi also star. In 2021 Sevigny will begin production on the second season of the Natasha Lyonne hit Russian Doll for Netflix. In the first season, Chloë made an appearance as Leonora, mother to Natasha's character Nadia. The second season will be an origin story in which Chloë's character is heavily featured. Russian Doll was created by Natasha Lyonne, Amy Poehler and Leslye Headland. Sevigny was last seen on the big screen in Queen and Slim, directed by Melina Matsoukas and written by Lena Waithe, with the original idea by James Frey. The film stars Daniel Kaluuya and Jodie Turner-Smith. The film is about a black man and black woman on a first date that goes awry after the two are pulled over by a police officer at a traffic stop. They kill the police officer in self-defense and go on the run, rather than turn themselves in. Chloë's character plays a pivotal role in deciding their fate. The film was released in the US by Universal in November 2019. Opening the 2019 Cannes Film Festival was Jim Jarmusch's third film for Focus Features and Universal Pictures International, The Dead Don't Die. The zombie-comedy boasts a cast including Bill Murray, Tilda Swinton, Adam Driver, Steve Buscemi and Selena Gomez. Sevigny plays a small-town police officer, with Murray and Driver, in a town under zombie attack. Carter Logan and Animal Kingdom produced. Sevigny previously worked with Jarmusch on Broken Flowers and Ten Minutes Older Sevigny has now made the move into directing with three critically acclaimed short films: Her most recent, White Echo, premiered in competition at the 2019 Cannes Film Festival, at which Sevigny was the only American female director in Competition. Chloë's directorial debut, Kitty, also debuted at Cannes in 2016 and her second short entitled Carmen, proved equally successful at the 2017 Venice Film Festival. Recent past projects include: The Act, on Hulu, a true-crime anthology series written by Michelle Dean and Nick Antosca and directed by Laure de Clermont-Tonnerre (Mustang). The Act tells the true story of Gypsy Blanchard, a girl (Joey King) trying to escape the toxic relationship she has with her overprotective mother, played by Patricia Arquette. Chloë played Mel, who serves as the moral compass of the story. Lizzie, which premiered at Sundance 2018 after being developed and produced by Sevigny. The film, in which she starred with Kristen Stewart, was released by Roadside Attractions in September 2018. Lean On Pete, directed by Andrew Haigh, which was released domestically in May 2018 by A24. Sevigny co-starred with Steve Buscemi in a coming of age story starring Charlie Plummer, based on the acclaimed novel by Willy Vlautin. Golden Exits, directed by Alex Ross Perry, Oren Moverman's The Dinner, and Miguel Arteta's Beatriz at Dinner. The critically acclaimed television series Bloodline is recently aired its third and final season on Netflix. On stage, Sevigny was most recently seen in the New Group's Downtown Race Riot written by Seth Zvi Rosenfeld and directed by Scott Elliot. Sevigny was previously seen in The New Group's productions of What the Butler Saw and Hazelwood Junior High. Sevigny has also appeared in many celebrated indie and cult-favorite films like, The Last Days of Disco, American Psycho, Gummo, Dogville, Party Monster, Broken Flowers and Love & Friendship, and has appeared in television hits such as American Horror Story, Portlandia and Big Love, for which she won a Golden Globe. Sevigny made her film debut in the controversial Kids, directed by Larry Clark and written by Harmony Korine. For her performance in Kimberly Peirce's Boys Don't Cry, Chloë received nominations for an Academy Award and a Golden Globe among many others. She makes her home in New York. 10/2020

We Are Who We Are

The True Adventures of Wolfboy