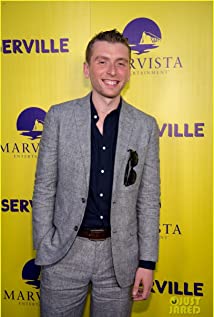 Chris Bellant was born in Detroit, Michigan to Russell and Debi Bellant. His father was a union employee, his mother was a performer and city worker. Chris's interest in acting started when he was 8 years old. But it wasn't until several years later at the Detroit Waldorf School that Chris's interest in acting became his passion. When he was 14 years old he decided to pursue acting as a career after appearing in a production of Shakespeare's Twelfth Night. He began to spend his summers in Los Angeles in order to pursue this career. He began acting in film the summer before he started high school, when he was still 14 years old. That summer he also signed his first contract with an agent. He traveled between Detroit and L.A. to audition while finishing high school at Renaissance High School in Detroit. After attending NYU's Tisch School of the Arts and training at the Stella Adler Studio for two years, he received an offer and left school early to star in Annie Baker's "The Aliens" at the Stonington Opera House. He has gone on to work in film, TV, and theater, appearing Off Broadway and regionally.

Living with the Dead: A Love Story