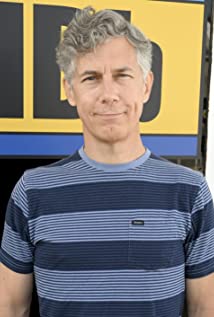 Born and raised in Memphis, Tennessee, Chris Parnell enrolled at Germantown High School where he took drama and auditioned for every play. In 1985, when he was a senior at Germantown, he was voted "Most Talented" by his classmates. Right after graduating high school, Chris attended North Carolina School of Arts in Winston-Salem, where he received his BFA in Drama. He later performed with the Berkshire Theatre in Stockbridge, Massachusetts, and the Alley Theatre in Houston, Texas. Afterwards Chris moved back to Tennessee and taught acting, film, and video at his own Germantown High School. He became bored, however, with teaching and moved to Los Angeles. Once in LA, he got a job at FAO Schwartz in Beverly Center, where he eventually became Operations Manager. During that time, Chris began taking classes at The Groundlings Main Company, where many Saturday Night Live (1975) cast members are discovered. Fate would have it that talent scouts from Saturday Night Live (1975) saw him and asked him to fly to New York for an audition. Completely surprised by his chances, he took the offer. To his amazement soon after he joined Saturday Night Live (1975) and became a featured player in the 1998-99 season. Parnell has since performed many impressions as NBC News' Tom Brokaw, former House Speaker Newt Gingrich, Tom Hanks, Senator John McCain, and Eminem. Parnell has also appeared as a member of Saturday Night Live (1975)'s resident boy band "Seven Degrees Celsius," but his biggest claim to fame on the show was when he performed an unforgettable hardcore gansta rap fantasizing about a dream date with Britney Spears on Weekend Update. He spends most of his summers in L.A. where he owns his own car and apartment.

A Name Without a Place