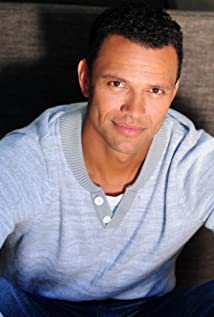 Chris Wood was born and raised on Vancouver Island in Victoria BC. In many ways Chris has been a charismatic actor his whole life, entertaining those around him. Over the last two years Chris' acting career has really ignited. Starting off as a background performer in many well-known Hallmark movies, Chris' on set presence was noticed by a director which led to his first acting role in the movie 'The Last Bridesmaid', where he played Dan. Earning his first acting credit he joined the UBCP/ACTRA union as an apprentice member. The following couple months Chris was thrilled to be cast in two more Hallmark movies, 'Love in Store' and 'Martha's Vineyards Mysteries, A Beautiful Place to Die'. Earning three acting credits, Chris is eligible to obtain his full union membership.A very wise industry professional once told Chris "lightning doesn't usually strike twice", but in Chris' case lightening seems to be lighting up a path in front of him as opportunities are falling into place. Chris is a Canadian actor located on the west coast of British Columbia, working between Vancouver and Victoria. Chris loves that so many amazing movies are filmed in his Canadian backyard; however, he would also be ecstatic to travel wherever opportunities may lead him. Chris is a person people are drawn to, he has the type of personality that once you meet him you want to be around him, his presence puts people at ease, and with his charm and humor you can't help but smile. Chris Wood is one of a kind, anyone who knows him would say he was born for acting.