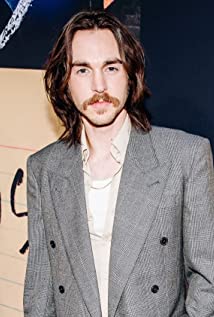 Chris Wood was born in Dublin, Ohio. During childhood, Wood spent all of his free time writing plays and putting them on with his sister and their friends. Once he got his first super-8 camera at eleven years old, he began writing and directing short films which he entered into local film festivals. This included PROBLEM: SOLUTION, the story of a boy who drops his contact lens, only to discover that he is out of contact solution. Critics said it was "...pretty good."Wood attended public school at Dublin Jerome High School, where he was encouraged by his drama teacher to pursue acting and writing professionally. In his senior year, his school theater program mounted a play that he wrote about a talking dead body that is discovered on a business' rooftop. His mom didn't love it.Wood attended Elon University in North Carolina, where he received a B.F.A. in Music Theatre. Weeks before graduation, he was cast as the lead role in the national tour of Spring Awakening, which brought him to Los Angeles for the first time. The show earned Wood his first representation, and soon after the completion of tour he was cast in a comedy pilot from Amazon Studios. After the pilot was not picked up to series, Wood began to work on television in shows such as Girls (2012), The Carrie Diaries (2013), Major Crimes (2012), The Vampire Diaries (2009), and the Civil War mini-series Mercy Street (2016).His first leading role in a series came in the limited event series, Containment (2016), where he played an Atlanta-based cop trapped in the quarantine zone of a dangerous viral outbreak. Wood then joined the comic-book series Supergirl (2015) for a two season arc, portraying the superhero 'Mon-el'. He then returned to his filmmaking roots with a short film, which he wrote and directed, and is in development on his first feature film.Wood's mother works in finance and his father worked in banking. He has one sister, who is a dancer and dance instructor. In 2017, Wood launched the non-profit campaign IDONTMIND, a mental health awareness program working to reduce the stigma surrounding mental illness by getting people to talk openly about their minds.