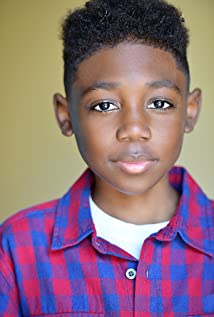 Christian Isaiah was born in Virginia Beach on December 15, 2007 and early in life he knew that he wanted to act, model, sing and dance. At 18 months, Christian participated in his first modeling competition in a local contest and won 1st runner up and best smile. By 2yrs Christian was posing for cameras every chance he got and at 4yrs he was performing in school plays and programs. When he was 5yrs old Christian was invited to an International Presentation of Performers in Los Angeles where he was scouted by numerous managers and talent agents. Then, soon after retiring from the Military, Christian and his mother relocated to Los Angeles to pursue his career in acting. Christian has always been wise beyond his years and athletic, discovering many other talents and gifts since moving to LA. His hobbies include modeling, singing, hip hop dance, soccer, football, basketball, tennis, taekwondo, baking, and collecting sports cars. Christian excels in everything he does. He has received accolades in school as well as in his extracurricular activities. In addition to numerous national television commercials and independent films Christian can be seen in a recurring role on FX's "Married", TVland's "Teachers", a recurring spot as a movie critic on Fandango's "Reel Kids" and on "Jimmy Kimmel Live" in various comedy skits. He has only just began and his credits just keep growing. This season Christian joins the award winning cast of Showtime's "Shameless" in the role of Liam, the youngest member of the Gallagher Family.