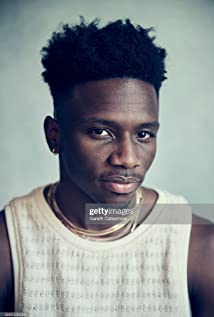 Christopher A'mmanuel Darby was born on April 21, and relocated to Charlotte, NC. After years of singing as his first love, Christopher always had a passion for the arts and ended up falling in love with musical theatre. Young, hungry, and driven, Christopher starred in the hit stage play, "Getting Outta Bombingham" written by George W Stewart. At the age of 19, he landed his biggest role thus far in the hit CW show, "Black Lightning," starring Cress Williams, Nafessa Williams, and China Anne Mcclain among other notable actors, where he plays TC. Since then, Christopher has added more projects to his portfolio, including the DC Universe series "Doom Patrol" and Netflix Feature Film "Holidate". Christopher resides in Charlotte, NC but he's continuously studying, training, and pursuing his dream in acting.