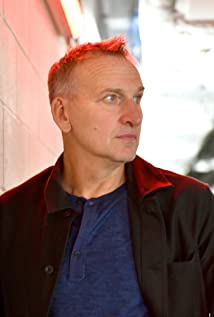 Christopher Eccleston trained at the Central School of Speech and Drama and first came to public attention as Derek Bentley in Let Him Have It (1991). However, it was a regular role in the television series Cracker (1993) that made him a recognizable figure in the United Kingdom. He appeared in the low-budget thriller Shallow Grave (1994), and in the same year, won the part of Nicky Hutchinson in the epic BBC drama serial Our Friends in the North (1996). It was the transmission of the latter series on BBC Two that really made him into a household name in the United Kingdom. In his film career, he has starred as a leading man alongside a number of major actresses, such as Renée Zellweger in A Price Above Rubies (1998), Cate Blanchett in Elizabeth (1998), and Cameron Diaz and Jordana Brewster in The Invisible Circus (2001), and Nicole Kidman in The Others (2001).In addition to his successful film career, he has continued to work in television, appearing in some of the most challenging and thought-provoking British dramas. These have included Clocking Off (2000) and Flesh and Blood (2002) for the BBC and Hillsborough (1996), the Iago character in a modern adaptation of Shakespeare's "Othello", and the religious epic The Second Coming (2003), playing Steve Baxter, the son of God. His stage career, while not as extensive as his screen credits, has nevertheless shown him to be a formidable actor. He has given intense, focused performances in such plays as "Hamlet", "Electricity" and "Miss Julie", for which he received excellent reviews.A very highly regarded actor, Eccleston has twice been nominated in the Best Actor category at the BAFTA Television Awards, the British premiere television awards ceremony. His first nomination came in 1997 for Our Friends in the North (1996). Although he didn't win those awards, however, he did triumph in the Best Actor categories at the 1997 Broadcasting Press Guild Awards and the Royal Television Society Awards, winning for Our Friends in the North (1996). He won the RTS Best Actor award for a second time in 2003, this time for his performance in "Flesh and Blood". In 2005, he received the Most Popular Actor award in the National Television Awards for starring in Russell T. Davies's re-imagining of Doctor Who (2005).

The Life of Rock with Brian Pern