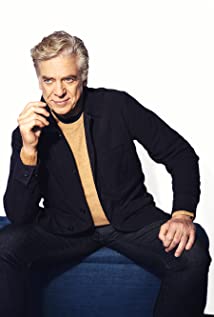 Christopher McDonald was born and raised in New York City, New York, to Patricia, a real estate agent, and James R. McDonald, an educator. His breakout role was in Ridley Scott's Thelma & Louise (1991), followed shortly by playing Jack Barry in Robert Redford's Quiz Show (1994). Other notable performances include Into Thin Air: Death on Everest (1997) as John Krakauher and Tappy Timmons in Requiem for a Dream (2000) opposite Ellen Burstyn. Chris has co-starred in hit comedies Happy Gilmore (1996), American Pie Presents: The Naked Mile (2006) and American Pie Presents: Beta House (2007), Flubber (1997), and Leave It to Beaver (1997). Harry's Law (2011), Boardwalk Empire (2010), and Family Law (1999) highlight his television credits.Trained by legendary acting teacher Stella Adler and also at the Royal Academy of Dramatic Art, Chris has been singled out by the New York Times as one of the most prolific actors in Hollywood. He has performed in over 100 films spanning thirty-five years. His 40 stage credits include Billy Flynn in the Broadway production of Chicago and the 2013 hit, Lucky Guy opposite Tom Hanks.Since the loss of two siblings and a parent to cancer, Chris has been an active supporter of the Make a Wish foundation along with charities which help cancer research. He participates in celebrity fund-raising events throughout the world. A graduate of Hobart and William Smith college in 1977, he is the principal donor for the building of their new performing arts center.

We Can Be Heroes

The Stand at Paxton County