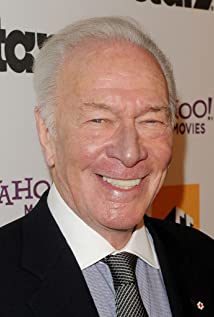 Legendary actor Christopher Plummer, perhaps Canada's greatest thespian, delivered outstanding performances as Sherlock Holmes in Murder by Decree (1979), the chilling villain in The Silent Partner (1978), the iconoclastic Mike Wallace in The Insider (1999), the empathetic psychiatrist in A Beautiful Mind (2001), the kindly and clever mystery writer in Knives Out (2019), and as Leo Tolstoy in The Last Station (2009). It was this last role that finally brought him recognition from the Academy of Motion Picture Arts & Sciences, when he was nominated as Best Actor in a Supporting Role, one of three Academy Award nominations he received in the 2010s, along with All the Money in the World (2017) (as J. Paul Getty) and Beginners (2010); he won for the latter role. He will also likely always be remembered as Captain Von Trapp in the atomic bomb-strength blockbuster The Sound of Music (1965), a film he publicly despised until softening his stance in his autobiography "In Spite of Me" (2008).Christopher Plummer was born Arthur Christopher Orme Plummer on December 13, 1929 in Toronto, Ontario. He was the only child of Isabella Mary (Abbott), a secretary to the Dean of Sciences at McGill University, and John Orme Plummer, who sold securities and stocks. Christopher was a great-grandson of John Abbott, who was Canada's third Prime Minister (from 1891 to 1892), and a great-great-great-grandson of Presbyterian clergyman John Bethune. He had Scottish, English, Anglo-Irish, and Cornish ancestry. Plummer was raised in Senneville, Quebec, near Montreal, at his maternal grandparents' home.Aside from the youngest member of the Barrymore siblings (which counted Oscar-winners Ethel Barrymore and Lionel Barrymore in their number), Plummer was the premier Shakespearean actor to come out of North America in the 20th century. He was particularly memorable as Hamlet, Iago and Lear, though his Macbeth opposite Glenda Jackson was -- and this was no surprise to him due to the famous curse attached to the "Scottish Play" -- a failure.Like another great stage actor, Richard Burton, early in his career Plummer failed to connect with the screen in a way that would make him a star. Dynamic on stage, he didn't succeed as a younger leading man in films. Perhaps if he had been born earlier, and acted in the studio system of Hollywood's golden age, he could have been carefully groomed for stardom. As it was, he shared the English stage actors' disdain -- and he was equally at home in London as he was on the boards of Broadway or on-stage in his native Canada -- for the movies, which did not help him in that medium, as he has confessed. As he aged, Plummer excelled at character roles. He was always a good villain, this man who garnered kudos playing Lucifer on Broadway in Archibald Macleish's Pulitzer Prize-winning "J.B.".Plummer won two Emmy Awards out of seven nominations stretching 46 years from 1959 and 2011, and one Genie Award in six nominations from 1980 to 2009. For his stage work, Plummer has racked up two Tony Awards on six nominations, the first in 1974 as Best Actor (Musical) for the title role in "Cyrano" and the second in 1997, as Best Actor (Play), in "Barrymore". Surprisingly, he did not win (though he was nominated) for his masterful 2004 performance of "King Lear", which he originated at the Stratford Festival in Ontario and brought down to Broadway for a sold-out run. His other Tony nominations show the wide range of his talent, from a 1959 nod for the Elia Kazan-directed production of Macleish's "J.B." to recognition in 1994 for Harold Pinter's "No Man's Land", with a 1982 Best Actor (Play) nomination for his "Iago" in William Shakespeare's "Othello".Until the 2009 Academy Awards were announced, it could be said about Plummer that he was the finest actor of the post-World War II period to fail to get an Academy Award. In that, he was following in the footsteps of the late great John Barrymore, whom Plummer so memorably portrayed on Broadway in a one-man show that brought him his second Tony Award. In 2010, Plummer finally got an Oscar nod for his portrayal of another legend, Lev Tolstoy in The Last Station (2009). Two years later, the first paragraph of his obituary was written when the 82-year-old Plummer became the oldest person in Academy history to win an Oscar. He won for playing a senior citizen who comes out as gay after the death of his wife in the movie Beginners (2010). As he clutched his statuette, the debonaire thespian addressed it thus: "You're only two years older than me darling, where have you been all of my life?"Plummer then told the audience that at birth, "I was already rehearsing my Academy acceptance speech, but it was so long ago mercifully for you I've forgotten it." The Academy Award was a long time in coming and richly deserved.Plummer gave many other fine portrayals on film, particularly as he grew older and settled down into a comfortable marriage with his third wife Elaine. He continued to be an i

Howard Lovecraft and the Kingdom of Madness

The Man Who Invented Christmas

Howard Lovecraft and the Frozen Kingdom