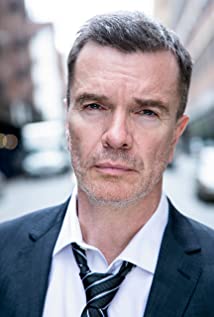 Christopher Shyer was born and raised in Toronto, Canada, to Shirley Hannah Marie, a cosmetician and Dennis Lemoine Johnston, a mechanic. The youngest of 6 children, and a nomad since he was 9, Shyer made his Canadian television debut in "Riverdale" (1997), CBC's answer to the long running Soap Opera, "Coronation Street" and in the following year he starred in the feature film "The Falling" which premiered at the Toronto International Film Festival (1998)A Dual US Citizen, and British Ancestral Visa holder, he has been a professional actor for over 30+ years now, doing theatre, film and television, in both Canada and the United States. His favorite stage roles include: Rev. Shannon in "Night of the Iguana", Daniel in "The Good Life" by Daniel Brooks (LA Premiere), Sam in "Mamma Mia" (Broadway), Per Se in "Curvy Widow" by Bobby Goldman (Off-Broadway), and Joseph Smith in "The Book of Mormon" (National Tour). He has over 70 film/television credits to his name, including Clint Eastwood's "J.Edgar", "Fierce People" with Diane Lane, "Madam Secretary" (CBS), "the Blacklist" (NBC) and "Two Sentence Horror Stories" (CW Network).As an Independent self producing producer, Shyer co-produced a Theatre Festival in Canada, featuring Tennessee Williams' "Night of the Iguana" and "Summer and Smoke" in 2004. Executive Produced and Co-Directed a production of "The Wild Party" in Vancouver, BC in 2010, and "City of Angels" at Performance Works in 2017. He' s also produced Charity Fundraising Concerts for the Stanley Park Ecology Society, Broadway Cares, Abzyme Research Foundation, and Sheppard Pratt Mental Health System. After attending Sheridan College, he has studied and continues to work with Deena Levy, Larry Moss, Lesly Kahn, and Bob Krakower.Christopher was a co-producer of the Shocking Buckwheat Pictures award-winning short "Awkward" in 2008 and produced "Stupid Chainsaw Tricks" for the 2010 Crazy 8s Film Fest, and won the 2003 Leo Award for best lead performance in "The Invitation", and was nominated for a Jessie award for his work in "El Salvador" by Rafael Lima.