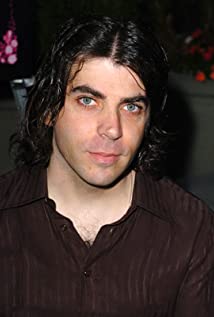 Christopher Thornton was born and raised in New Orleans, Louisiana. His father is an amateur opera singer who gave Christopher his first taste of the actor's life when he would have his son accompany him to rehearsals at a local church theatre. Christopher first acted onstage when he majored in drama at the University of New Orleans, performing in anything from Mamet to Shakespeare. He quit school after 2 years and moved to Los Angeles to study at the Stella Adler Conservatory. He joined the student theatre group and performed frequently onstage, where he was spotted by an agent.He soon booked his first professional job in the horror sequel Watchers II: The Outsider, playing a young man taking a prostitute to a motel, only to have his eyes ripped out by a psychopathic mutant. For the next year, Christopher continued to book small roles on television, while remaining committed to his theatre roots, appearing constantly with his small company in numerous plays on the Los Angeles equity waiver scene.Tragedy struck, however, at the tender age of 25, when Christopher sustained two fractured vertebrae in a rock climbing fall, leaving him paralyzed from the waist down. Unsure of his future, Christopher was quickly cast in a lead role by his theatre company in a small production of Waiting For Godot only six months after his accident. At first shaky and unsure himself, Christopher went on to win a Drama-Logue award for his performance, playing the role of Estragon in a wheelchair.Christopher would go on to do several more stage roles for the company, eventually being spotted by a new agent and sent to audition for a network pilot. Christopher landed a major role and thought his lucky break had finally come, but the pilot was not picked up.In 2000 Christopher was cast by Joanne Linville as Hamlet at the Lillian Theatre in Los Angeles, for which he won rave reviews and is considered to be the only known actor to have played the iconic role in a wheelchair. His performance went on to be a break, of sorts, in the theatre world, bringing him to the attention of the Mark Taper Forum and playwright John Belluso. Christopher auditioned and was cast in a supporting role in Belluso's The Body Of Bourne at the Taper, and went on to take over the leading role. This experience formed a strong working relationship between Thornton and Belluso, himself disabled, whose plays tended to deal with issues of disability. Christopher performed a leading role in the premiere of Belluso's Pyretown in upstate New York, and later made his Off-Broadway debut reprising the role to glowing reviews in New York City.Christopher has gone on to work extensively in Television, starring in 4 network pilots, and guest starring in such shows as Unhitched, My Name Is Earl, and Larry David's Curb Your Enthusiasm. He also remains committed to his first love, the theatre, recently receiving rave reviews for his performance as a drug addicted Iraqi veteran in The Poor Itch at the Public Theatre in New York in 2008.