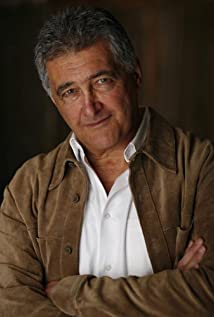 Chuck Shamata has enjoyed an extensive film, television and theatre career. Recently, he completed John Madden's gun control thriller Miss Sloane, starring Jessica Chastain. His feature credits also include Flash of Genius, The Sentinel, Cinderella Man, The Day After Tomorrow, One Week, Still Mine, Clown, Wargames: The Dead Code, and Joshua Then And Now.Shamata has been nominated for three Canadian Screen Awards. His first feature, Between Friends, is acknowledged as one of Canada's best, for which the legendary Vittorio De Sica presented him a "Migliore Attore" award at the Sorrento Film Festival.Shamata's television credits are equally wide-ranging. He recurs in the Crackle TV series The Art of More, and stars as Uncle Cheech in the hit animated series Fugget About It. He has appeared in series ranging from The Mod Squad and Barretta To Beauty and the Beast and as a regular in the USA network remake of Kojak.He earned a Best Actor Bijou award for portraying a family man facing homosexuality in the breakthrough CBC network film The Running Man. Other notable credits include Showtime's Tony Bill-Directed Whitewash: The Clarence Brandley Story, The Engagement Ring, The award-winning Almost Golden: The Jessica Savitch Story, The Company and Jackie Bouvier Kennedy Onassis (as Pierre Salinger).Shamata has performed on stages from Halifax to Los Angeles, in classics such as Uncle Vanya (opposite Peter O'Toole), A Doll's House, The Good Woman of Setzuan, To Clothe the Naked, and in contemporary plays including The Country Girl, Battering Ram, My Fat Friend, Chapter Two, and The Indian Wants The Bronx, among many others.Chuck Shamata and his wife Diane live in Toronto. They have two children and three grandchildren.