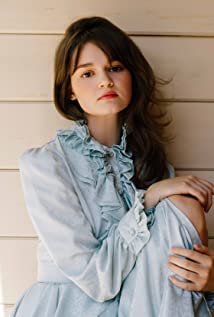 Ciara Bravo has become one of the few actresses working today to move easily between television and film. At only 23-years-old, Ciara's twelve-year acting career has brought her roles that range from the girl next door brainiac to the deeply troubled adolescent. Her finesse with subtle off-beat humor and a touch of warmth adds to Ciara's allurement as an actress.Next up, Ciara is co-starring in the YouTube RED series, Wayne as troubled and defiant Del. Ciara's two breakout television roles were as a series-regular in FOX's Second Chance and as a co-star in FOX's Red Band Society. She has landed the recent guest starring characters in Agents of S.H.I.E.L.D. and NCIS.Ciara will soon be seen in the Sundance-nominated film The Long Dumb Road as Ashly, the rebellious daughter of Casey Wilson. In Marti Noxon's film To the Bone, she plays Tracey a teen battling Bulimia. Her cameo appearance of Neighbor's 2 - Sorority Rising Ciara brought her All-American charm.Ciara began her acting career at the young age of nine in local television commercials in her small hometown in Northern Kentucky, just ten miles south of Cincinnati, Ohio. Voice-over and commercial acting became her staple until at only 11- years -old she was discovered from an audition tape to play Katie Knight on Nickelodeon's hit show Big Time Rush. As Ciara's fan base grew, Nickelodeon cast her in several television movies including the lead in Jinxed. Ciara's audience appeal helped Nickelodeon's Jinxed to achieve record-breaking network viewership ratings.Ciara studied acting with Larry Moss during his Master Class Workshop and continues to study with Aaron McPhearson. She strives to maintain her small town charm and works not to make acting the "be-all and end-all." To further her acting career, Ciara has chosen to put her dream of being a documentary filmmaker and director on hold and deferred her admission to film school. In the meantime, she plans to gain as much knowledge for the craft by watching and learning from those in the business that she has the privilege to work alongside. In her past-time, Ciara enjoys studying art history and has enrolled in art history classes through UCLA.