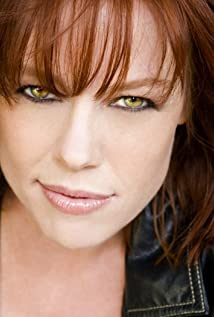 Cindy Robinson was born on April 6, 1973 in Los Angeles, California, USA. She is an American voice actress who voices in animations and video games. Some of her major roles are Makoto Nanaya and Gii from the Blazblue series, Betty Boop in commercials, Queen Beryl in Sailor Moon, Chitose Nanbu in Ah My Buddha, Kukaku Shiba, Miyako Shiba, Jinta Hanakari (kid) and Kiyone Kotetsu in Bleach, Zola in the Blue Dragon series,Madeline Hatter in "Ever After High" Minerva and Hinoka in Fire Emblem. She also makes an uncredited appearance as the voice of the Purge Emergency Broadcast System in The Purge franchise.Robinson is best known for her role as Amy Rose in the Sonic the Hedgehog franchise since 2010.

The Pilot. A Battle for Survival

Lego Friends: Girls on a Mission