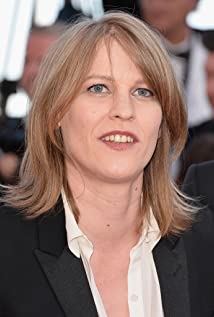 Claire Burger, editor and director, was born in Forbach in 1978. Specifying the name of the place where Claire began her life is anything but anecdotal insofar as this former industrial and mining town, located in the North-East of France, is emblematic of all those smokestack regions hard hit by the steel and coal crisis. In Forbach like in Wales, in Luxembourg and other places of the kind, losing one's job and losing the dignity that went with it caused whole populations to lose their bearings. It is Forbach, a forsaken place like many others, but one Claire Burger knows like the back of her hand, that she chose as the setting of almost all her films, whether short or long, and it is its otherwise undistinguished inhabitants that became her heroes and heroines. But before turning to direction, Claire Burger completed her secondary and college education. She then started her professional life as a local reporter for TV8 - Moselle Est (2000-2002) before turning the preproduction and editing of cartoon films. In 2005 she joined The FEMIS film school and left it three years later after graduating in editing. After that, Claire Burger first shared her activities between editing and filming before, as of 2010, concentrating on her own work as a director. Filmed in 2008, her first short, unsurprisingly titled "Forbach", was immediately awarded (at the 2009 Clermont-Ferrand International Short Film Festival). Which augured well for the fledgling filmmaker, who indeed became a regular prize-winner (César 2010 for the Best Short Film for "C'est gratuit pour les filles" and many, many others). In 2014, came the highlight of "Party Girl". Made in collaboration with Marie Amachoukeli (a FEMIS friend) and actor Samuel Theis, another native of the region, the low budget film brilliantly chronicled the days and nights of Angélique, an "unworthy old lady" who, although over sixty, would not say no to the pleasures of life. Critically acclaimed, awarded at the Cannes Film Festival (Golden Camera and Ensemble Acting prize), this unconventional work was also a surprise public success. Her second feature film, signed alone this time, "C'est ça l'amour" (Real Love), once again set in Forbach, is based on the director's personal experiences (her father who, having to support her teenage sister and herself, found it hard to accept his wife's departure of the marital home after twenty years of marriage. Always on the verge of breakdown, the character is played with poignant humanity by Bouli Lanners and with amazing accuracy by two sensational newcomers, Justine Lacroix and Sarah Henochsberg. One more time acclaimed by the critics and given important awards (such as the Director's Award at the Venice Film Festival), this beautiful film has unfortunately attracted fewer spectators than "Party Girl". Let us be certain nevertheless that time will tell: "Real Love" has all the qualities required to become a classic. Claire Burger, a name that matters, a name to remember.