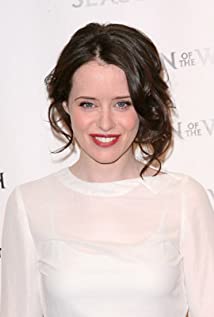 Claire Elizabeth Foy (born 16 April 1984) is an English actress. She studied acting at the Liverpool John Moores University and the Oxford School of Drama and made her screen debut in the pilot of the supernatural comedy series Being Human, in 2008. Following her professional stage debut at the Royal National Theatre, she played the title role in the BBC One miniseries Little Dorrit (2008), and made her film debut in the American historical fantasy drama Season of the Witch (2011). Following leading roles in the television series The Promise (2011) and Crossbones (2014), Foy received praise for portraying the ill-fated queen Anne Boleyn in the miniseries Wolf Hall (2015).Foy gained international recognition for portraying the young Queen Elizabeth II in the first two seasons of the Netflix series The Crown (2016-2017), for which she won a Golden Globe and a Primetime Emmy Award for Outstanding Lead Actress in a Drama Series, among other awards. In 2018, she starred in Steven Soderbergh's psychological thriller Unsane and portrayed Janet Shearon, wife of astronaut Neil Armstrong, in Damien Chazelle's biopic First Man. For the latter, she was nominated for the BAFTA and Golden Globe for Best Supporting Actress.Foy was born in Stockport. She has said that her mother, Caroline, comes from "a massive Irish family". Her maternal grandparents were from Dublin and Kildare, respectively. She grew up in Manchester and Leeds, the youngest of three children. Her family later moved to Longwick, Buckinghamshire, for her father's job as a salesman for Rank Xerox. Her parents divorced when she was eight.Foy attended Aylesbury High School, a girls' grammar school, from the age of twelve; she then attended Liverpool John Moores University, studying drama and screen studies. She also trained in a one-year course at the Oxford School of Drama. She graduated in 2007 and moved to Peckham to share a house "with five friends from drama school".

The Lady in the Van