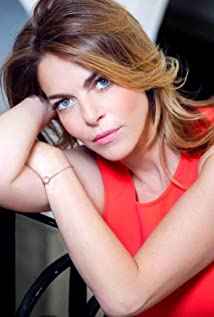 Claudia Gerini was born in Rome, where she did classical studies and dance training. Her acting career began when an advertising agency cast her in several commercials.Claudia Gerini has had a long movie career in Italy and abroad, working with actors and directors like Sergio Castellito, Giuseppe Tornatore, Mel Gibson, acting both in comedic and dramatic roles. Her first star-making role was in "Viaggi di nozze" with comedian Carlo Verdone, with whom she will still works from time to time.In theater, Claudia Gerini appeared in the show "Angelo e Beatrice" by Francesco Apolloni. She recently returned to the stage with the one-woman show "Storie di Claudia," written and directed by Giampiero Solari, a musical which highlights all her skills: dance, singing and acting. She has acted in some of the most interesting projects of contemporary Italian cinema, such as "La Sconosciuta" by Giuseppe Tornatore, "Non ti muovere" by Sergio Castellitto, "Una famiglia perfetta" by Paolo Genovese, "Diverso da chi" by Umberto Carteni and many others.She is on air Netflix Second Season of "Suburra".Claudia Gerini has two daughters (Rosa and Linda ) and never stops studying and training. In addition to Italian, she fluently speaks English, French and Spanish.