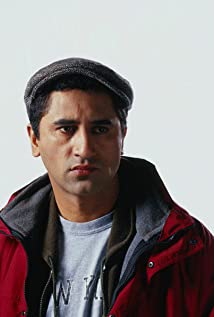 Cliff Curtis was born in Rotorua, New Zealand, on July 27, 1968.He is of New Zealand Maori descent (with Ngati Hauiti and Te Arawa tribal affiliations). He enrolled at the New Zealand Drama School, and then the Teatro Dmitri Scoula in Switzerland.After returning to New Zealand from Europe, he was cast in The Piano (1993). Subsequent roles in New Zealand include the camp melodrama Desperate Remedies (1993), the grueling urban drama Once Were Warriors (1994), and the lighthearted comedy Jubilee (2000).In Hollywood, Curtis has played a range of different roles and ethnicities in films. He plays a Colombian in Blow (2001), an Arab in Three Kings (1999) and The Insider (1999), a Latino in Training Day (2001) and Runaway Jury (2003), and a drug dealer of ambiguous ethnicity in Bringing Out the Dead (1999). However, he is probably best known for his role as Paikea's father Porourangi, in Whale Rider (2002).