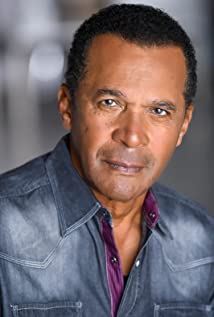 Clifton Davis was born on October 4, 1945, in Chicago. His career spans forty years. He is a minister and songwriter as well as an actor. He performed as a student at Pine Forge Academy in Pennsylvania (from which he graduated in 1963) as a singer and as an orator, and those performances accustomed him to appearing in front of an audience. He and a classmate composed the class song.At the age of twenty-one, while working as a video engineer at ABC Television, Davis saw his first-ever Broadway show--"Apple Tree," which starred Alan Alda. Davis was astounded by its humor and realism and says that is when he knew he wanted to be a performer. Within a few months he had quit his full-time job and auditioned for and won a part in the Broadway production of "Hello Dolly." He won a Tony nomination for his role in the Broadway show "Two Gentleman of Verona." Renee Valente saw his performance in that show, and two years later cast Davis as the star of the show "That's My Mama," launching his television career.Davis's songwriting was encouraged by Gloria Jones and Judd Walden. His song "Never Can Say Goodbye" proved to be a major hit for the Jackson Five. In the late 1970s, his career slowed and he dabbled in drugs before experiencing a spiritual rebirth. In 1981, he left Hollywood for approximately five years while he acquired a bachelor's degree in theology and a master's degree in divinity and became a licensed minister. Not long after completing his second degree, he won the part of the minister in the sitcom "Amen."Since 1991, Clifton Davis has guest-starred on several sitcoms, hosted many award shows, appeared in several films and hosted a show on TBN. In 2011, Davis returned to his theater roots, appearing in "What My Husband Doesn't Know", the Broadway Tour of "Wicked" and appeared on Broadway as Sultan in Disney's "Aladdin". He is also a motivational speaker who enjoys helping others and bringing hope and prosperity into their lives.