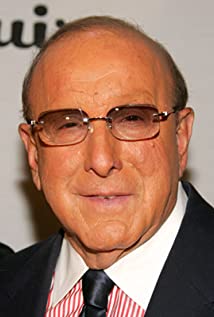 Clive Davis was born in Brooklyn, New York. He entered Harvard Law School on a full scholarship and graduated in 1956. Four years later, he arrived at Columbia Records as an attorney. In 1965, he was promoted to administrative vice-president of the label, became vice-president and general manager a year later, and in 1967 became the label's president. In this capacity he pushed the company full speed ahead into rock music, with artists such as Janis Joplin and Carlos Santana leading the pack. He guided Columbia to tremendous success until 1973, when he was fired after being accused of tax evasion and misusing company funds. In 1974, he took over the record division of Columbia Pictures and launched his own label, Arista, famous for such acts as Barry Manilow and Whitney Houston. Davis was forced out of Arista by parent company BMG in 2000, but not long thereafter started a new label, J, to be distributed by BMG.

Whitney, a Look Back

I Wanna Dance with Somebody

Dionne Warwick: Don't Make Me Over

David Foster: Off the Record

Clive Davis: The Soundtrack of Our Lives