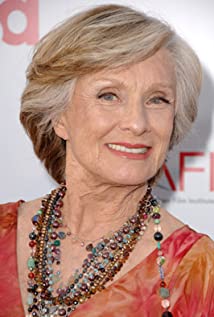 The legendary actress set a record when at age 82, she appeared on Dancing with the Stars (2005). Cloris Leachman was born on April 30, 1926 in Des Moines, Iowa to Berkeley Claiborne "Buck" Leachman and the former Cloris Wallace. Her father's family owned a lumber company, Leachman Lumber Co. She was of Czech (from her maternal grandmother) and English descent. After graduating from high school, Leachman attended Illinois State University and Northwestern University, where she majored in drama. After winning the title of Miss Chicago 1946 (as part of the Miss America pageant), she acted with the Des Moines Playhouse before moving to New York.Leachman made her credited debut in 1948 in an episode of The Ford Theatre Hour (1948) and appeared in many television anthologies and series before becoming a regular on The Bob & Ray Show (1951) in 1952. Her movie debut was memorable, playing the doomed blonde femme fatale Christina Bailey in Robert Aldrich's classic noir Kiss Me Deadly (1955). Other than a role in Rod Serling's movie The Rack (1956) in support of Paul Newman, Leachman remained a television actress throughout the 1950s and the 1960s, appearing in only two movies during the latter decade, The Chapman Report (1962) and Butch Cassidy and the Sundance Kid (1969). Though she would win an Oscar for Peter Bogdanovich's adaptation of Larry McMurtry's The Last Picture Show (1971) and appear in three Mel Brooks movies, it was in television that her career remained and her fame was assured in the 1970s and into the second decade of the new millennium.Leachman was nominated five times for an Emmy Award playing Phyllis Lindstrom, Mary Tyler Moore's landlady and self-described best friend on The Mary Tyler Moore Show (1970) and on the spin-off series Phyllis (1975). She won twice as Best Supporting Actress in a comedy for her "Mary Tyler Moore" gig and won a Golden Globe Award as a leading performer in comedy for "Phyllis", but her first Emmy Award came in the category Outstanding Single Performance by an Actress in a Leading Role in 1973 for the television movie A Brand New Life (1973). She also won two Emmy Awards as a supporting player for Malcolm in the Middle (2000).She was married to director-producer George Englund from 1953 to 1979. They had five children together. Cloris Leachman died of natural causes on January 27, 2021 in Encinitas, California.

When We Last Spoke

I Can Only Imagine

Scouts Guide to the Zombie Apocalypse