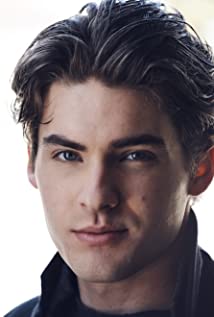 Cody Christian was born in Maine and lived in Indiana until he moved to Los Angeles at age 9, after hearing a radio ad for a local audition for a commercial using kids who played football. No wonder he was cast as "Asher", the wide receiver, on the CW series, "All American", now in its third season, produced by Berlanti Productions and Warner Brothers TV. Christian is also known for his roles as "Theo" on MTVs "Teen Wolf", and "Mike Montgomery", on Freeforms "Pretty Little Liars", that both ran for six seasons. He landed his first major film role, at age 12, as "Boy Cantor", in "Surrogates", opposite Bruce Willis. He went on to play the lead in Peter Safran's film, "The Starving Games" and "Johnny", the villain in David Goyers "Assassination Nation" which was the biggest deal made at the 2018 Sundance Film Festival, directed by Sam Levinson. Soon after, Cody was cast in the title role of "Nick Newell", based on a true story, entitled, "Notorious Nick". Cody is currently working as the voice of "Cloud Strife", the fan-favorite character in the new "Final Fantasy 7 Remake", video game released April 10, 2020. Most of these accomplishments brought Cody the honor of receiving the International Male Melty Future Award held at the LeGrande R Paris France and a BAFTA Award Nomination for Leading Role. 6/17/2021