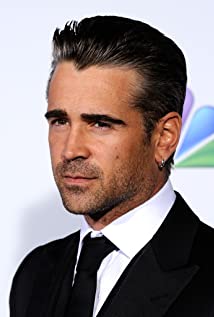 Colin Farrell is one of Ireland's biggest stars in Hollywood and abroad. His film presence has been filled with memorable roles that range from an inwardly tortured hit man, to an adventurous explorer, a determined-but-failing writer, and the greatest military leader in history.Farrell was born on May 31, 1976 in Castleknock, Dublin, Ireland to Rita (Monaghan) and Eamon Farrell. His father and uncle were both professional athletes, and briefly it looked like Farrell would follow in their footsteps. Farrell auditioned for a part in the Irish boy band Boyzone, unsuccessfully. After dropping out of the Gaiety School of Acting, Farrell was cast in Ballykissangel (1996), a BBC television drama. "Ballykissangel" was not his first onscreen role. Farrell had previously been in The War Zone (1999), directed by Tim Roth and had appeared in the independent film Drinking Crude (1997). Farrell was soon to move on to bigger things.Exchanging his thick Dublin accent for a light Texas drawl, Farrell acted in the gritty Tigerland (2000), directed by Joel Schumacher. Starring Farrell among a number of other budding young actors, the film portrays a group of new recruits being trained for the war in Vietnam. Farrell played the arrogant soldier Boz, drafted into the army and completely spiteful of authority. The film was praised by critics but made little money at the box office. It was Farrell's first big role on film, and certainly not his last. Farrell followed up with American Outlaws (2001), where he played the notorious outlaw Jesse James with Scott Caan, son of legendary actor James Caan, in the role of Cole Younger. The film was a box-office flop and a critical failure. Immediately, Farrell returned to the war drama film that had made him famous. Co-starring in the war film Hart's War (2002) opposite Bruce Willis, Farrell played the young officer captured by the enemy. The film was another failure. Farrell struck gold when he was cast in the Steven Spielberg film Minority Report (2002) that same year. Set in a futuristic time period, Farrell played the character Danny Witwer, a young member of the Justice Department who is sent after Tom Cruise's character. The film was a smash hit, and praised by critics.Farrell continued this success when he reunited with Joel Schumacher on the successful thriller Phone Booth (2002). Farrell played the role of the victim who is harassed by an unseen killer (Kiefer Sutherland) and is made to reveal his sins to the public. 2003 was a big year for Farrell. He starred in the crime thriller The Recruit (2003) as a young CIA man mentored by an older CIA veteran (Al Pacino). Pacino later stated that Farrell was the best actor of his generation. Farrell certainly continued to be busy that year with Daredevil (2003), which actually allowed him to keep his thick Irish accent. The film was another success for Farrell, as was the crime film S.W.A.T. (2003) where Farrell starred opposite Samuel L. Jackson and LL Cool J. Farrell also acted in the Irish black comedy film Intermission (2003) and appeared another Irish film Veronica Guerin (2003) which reunited him with Joel Schumacher once again. The following year, Farrell acted in what is his most infamous film role yet: the title role in the mighty Oliver Stone film epic Alexander (2004), which is a character study of Alexander the Great as he travels across new worlds and conquers all the known world before him. Farrell donned a blond wig and retained his Irish accent, and gave a fine performance as Alexander. However, both he and the film were criticized. Despite being one of the highest grossing films internationally and doing a good job at the DVD sales, Farrell did not come out of the experience without a few hurts. Farrell attempted to rebound with his historical film The New World (2005). Reuniting with "Alexander" star Christopher Plummer, and also acting with Christian Bale, Farrell played the brave explorer John Smith, who would make first contacts with the Native peoples. The film did not do well at the box office, though critics praised the film's stunning appearance and cinematography.Farrell returned to act in Michael Mann's film Miami Vice (2006) alongside Jamie Foxx. The film was a film adaptation of the famous television series, and did reasonably well at the box office. Farrell also acted in Ask the Dust (2006) with Salma Hayek and Donald Sutherland, though the film did not receive much distribution. The next year, Farrell acted alongside Ewan McGregor in the Woody Allen film Cassandra's Dream (2007) which received mixed reviews from critics. Farrell followed up with the hilarious black comedy In Bruges (2008). Written and directed by Irish theatre director Martin McDonagh, the film stars Farrell and Brendan Gleeson as two Irish hit men whose latest assignment went wrong, leaving them to hide out in Bruges, Belgium. The film has been one of Farrell's most praised work, and he was nominated for a Golden Globe. As well as In Bruge

Fantastic Beasts and Where to Find Them: Before Harry Potter

The Killing of a Sacred Deer