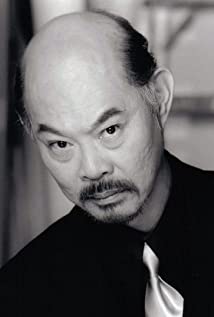 Foo, who plays two roles of different gender in Mina Shum's bittersweet comedy, Long Life, Happiness & Prosperity (2002), was born and raised in Asia to a family that owned hotels and restaurants in Singapore, Malaysia and Hong Kong. He left home to study at the prestigious Royal College of Art & Design in London and went on to achieve a second Master's Degree in Graphic Design at St. Martin's. He abandoned his dynamic and promising Ad Agency career there to come to Canada in 1975 when his parents retired and the whole family immigrated. A top-ranked Realtor for over 18 years, Foo retired in January 2002 to pursue acting; a career that came about by accident when he drove a friend to an audition for a Yellow Pages commercial, a role for which he is still recognized. That was seven years ago. Today, Foo has an impressive, lengthy, and expanding resume, with credits that range from the series lead in the Comedy Network show The Unprofessionals (2001), to principal roles in the feature films The Truth About Miranda (2004), A Guy Thing (2003), Saving Silverman (2001), Josie and the Pussycats (2001) and Romeo Must Die (2000). Other television credits include NBC's recent It's a Very Merry Muppet Christmas Movie (2002), a recurring role in These Arms of Mine (1999) and roles in a host of others.Foo has been dubbed a "Renaissance Man". He speaks English, Cantonese and Mandarin, is a pianist, an award-winning baritone singer, and an internationally renowned artist. He is also an accomplished chef who began his love affair with cuisine in the kitchen of his parents' hotel, had his own cooking show on Rogers Cablevision, and still frequently appears as a guest chef.A born comedian who performs impersonations of Elvis Presley, Liberace, Elton John and Donny Osmond, amongst others, he utilizes those talents in the annual charity fund raising shows that he co-writes, directs and performs. Foo has, in fact, dedicated huge amounts of his time helping to raise thousands of dollars through his art, his acting and his culinary skills. The list of the organizations that he supports runs into two pages and even his custom designed 5,000 square foot home, which overlooks the Fraser River, serves double duty as a space for charity shows, art exhibits, and fund raising watercolour painting classes and Chinese cooking demonstrations.