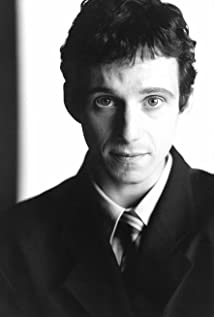 Justin Connor Donne is an actor, known for In Enemy Hands (2004), Unlocking Ancient Secrets of the Bible (2006), MadTV (1999) and Cy Girls (2004).His great-uncle, Shaike Ophir was a movie star in Israel (the Israeli Films Academy awards are named after him!) who briefly dated Marlene Dietrich and was represented by William Morris. Shaike's brother was the renowned Israeli folk singer-songwriter Schlomo Weissfisch. The arts run in the family, as music, specifically classical piano, was Donne's first foray into performing, before acting.His maternal grandparents being holocaust survivors, who were on the train to Auschwitz when grandfather persuaded a Nazi guard to let them flee, which they then did together and hid in the French Alps. So when playing a Nazi in In Enemy Hands (working title U-Boat), William H Macy had heard the story, so he asked how grandmother feels about it. She was proud, realizing this is acting and a portrayal; but there were some family unhappy family members nonetheless.Later, he was nearly in Star Trek: Nemesis, but Tom Hardy got the part. However, on the way to the car, Tom Cruise crossed his path and asked him, "so, are you coming?" Sadly, Donne was surprised and intimidated so he didn't take that offer up, worried security would stop him. His friends later said, "that was stupid, who'd stop you when you're with Tom Cruise?"Donne was also nearly in How I Met Your Mother and The Big Bang Theory, but better actors won the parts. He also went to Northwestern University with Zooey Deschanel and Robin Taylor, and they were friends at the time. During that time, he ran in to David Schwimmer at the urinal stalls in a movie theatre once.Justin Connor Donne now resides in England.