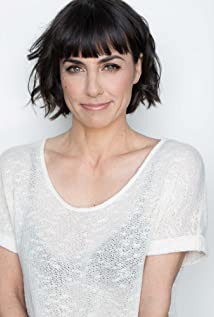 Constance Alice Zimmer decided to pursue a career in acting after she fell in love with the craft as a high school student. Once out of high school, Zimmer was accepted at the American Academy of Dramatic Arts in Pasadena, and began appearing in local theater. She was the recipient of a "Best Actress" Dramalogue Award, for one of her first stage appearances in "Catholic School Girls".She is well-known for playing a number of standout characters in notable projects. Starting in 2005, and for six seasons, she played the role of Dana Gordon on HBO's critically acclaimed series Entourage. She reprised that role when Warner Brothers released the Entourage film on the big screen in 2015.She also stars in Lifetime's drama series UnReal, which premiered on June 1st, 2015. On the show, she plays "Quinn" the executive producer of a fictional dating show. Other projects include the feature film Results with Guy Pearce and Cobie Smulders, which premiered in 2015 at The Sundance Film Festival; two appearances on USA's 2015 series Complications; a guest role on the IFC series Maron; and Cartoon Network's animated series, Transformers: Robots in Disguise. Zimmer was also seen in multiple seasons of the Netflix Emmy® nominated original series House of Cards, executive produced by David Fincher, as well as HBO's The Newsroom, executive produced by Aaron Sorkin.Zimmer was also a series lead on ABC's Boston Legal, created by David E. Kelley, which earned her a SAG Award nomination and had major roles on Grey's Anatomy, The New Adventures of Old Christine, Seinfeld and the sitcom Ellen.Zimmer's feature film credits include The Babymakers, opposite Paul Schneider and Olivia Munn, Demoted, opposite Sean Astin and Michael Vartan, and the Warner Bros. feature Chaos Theory, starring Ryan Reynolds and Emily Mortimer.She resides in Los Angeles with her husband, Russ, a director, and their daughter.