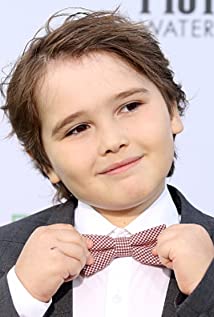 Cooper was born in Southern California where he began acting at the age of 5, following in the footsteps of his older brother Quinn Friedman. After booking over 20 commercials, Cooper made his acting debut on the HBO series Togetherness starring Mark Duplass and Melanie Lynskey which he followed with a recurring role on the Nickelodeon series Nicky, Ricky, Dicky and Dawn. He has also recurred on several other television series, most notably playing the role of "Dewey" on Girl Meets World for Disney Channel as well as playing "Hudson" on the former USA series Colony and "Lucas" on the long running Showtime series Shameless. In 2015, he booked the pilot Chevy opposite Chevy Chase and Beverly D'Angelo and later booked the pilot Raised by Wolves with Craig T. Nelson. Additionally he has appeared on numerous other shows including Criminal Minds, Scandal, Teachers and the Amazon series Forever with Fred Armisen and Maya Rudolph.His resume also includes many feature film credits where he has worked with prominent actors such as playing Toni Colette's son "Sam" in the comedy Fun Mom Dinner and Steve Carrell's son "Bobby Riggs Jr" in the Fox Searchlight feature Battle of the Sexes. In 2019, he wrapped leads in the feature Small Town Wisconsin which is currently in post production as well as the family film Secret Agent Dingledorf and His Trusty Dog Splat. Cooper can next be seen recurring as Matthew Rhys son "Teddy" on the remake of Perry Mason for HBO and starring opposite J. Lee in the dark comedy feature ATypical Wednesday which was recently picked up by Gravitas Ventures.